Approximately once a year, we release a new version of our MIKE by DHI software - and this year is no exception. We would like to reveal herewith a preview of some of the new and exciting features to be released later this year. We hope these new features will improve your experience with our software products, regarding usability, productivity as well as enhanced applications.

Unleash the full potential of your hardware with MIKE Zero release 2014.

It includes all MIKE Zero user interface components, toolboxes and utilities as well as our computational engines.

Memory usage is now only limited by your hardware. Common, memory demanding operations such as high resolution mesh generation, results analysis and processing are now possible without any risk of limitations from built-in limitations within your PC’s operating system. Enjoy the unlimited capabilities of MIKE Zero with Release 2014 of MIKE by DHI!

Including overtopping in MIKE 21 and MIKE 3

In the last few years, there has been a growing focus on the phenomenon of overtopping of coastal structures like sea walls and other defence structures. This increased interest is due to more frequent loss of human life and economic losses.

In release 2014 of MIKE 21 HD and MIKE 3 HD (FM versions), we are introducing a new feature that gives you the possibility of including overtopping in your hydrodynamic simulations.

In release 2012, a new dike structure was introduced that made it possible to use this type of structures in a flexible manner. This dike structure has now been enhanced allowing you to choose either to directly specify the overtopping discharge or to have the overtopping discharge calculated by specifying a table that expresses the overflow as a function of the freeboard, wave height and period. The direct specification of overtopping can be constant or varying – both in time and along the dike.

When you choose to have the overtopping calculated, the dynamic variation of the simulation results is taken into account. We expect to introduce more developments of these aspects in upcoming versions.

The new FEFLOW 6.2 will feature a very convenient tool to store different views in your FEFLOW model or results files. Supermesh, slice, 3D and cross-section view settings can be stored in a Scene Library panel, which will allow you to easily restore or recreate views from stored scenes. The library will provide different filters and an option to create folders and lists in order to organise the stored scenes according to your preferences.

As an additional benefit, the provided import and export functionality will facilitate the creation of a large number of identical views in different model scenarios – all with just a few mouse clicks.

With this new feature, view windows no longer need to remain open in order not to lose the chosen view settings but can be stored in the Scene Library. This will require less memory usage and CPU time.

A belated thank you to the team at the University of Exeter (David Butler, Albert Chen, Slobodan Djordjević, Michael Hammond, their colleagues and students), and their CORFU partners, for the exceptional ICFR 2013 conference held in September 2013. It was great to see so many fantastic presentations of projects featuring innovative use of MIKE by DHI software (particularly MIKE URBAN and MIKE FLOOD) and new MIKE CUSTOMISED solutions.

There were many favourite papers over the course of the three day event (featuring, for example, the use of social media for flood calibration and transport of contaminated flood waters) but here are just two that caught our eye: -
Many ICFR authors have agreed to share their presentation and poster files. You may visit the ICFR website and download the files that you are interested in here. The ICFR proceedings book with extended summaries and the CD with full papers are now available from the ICFR website here.

The University of Exeter have also developed a CORFU Flood Damage Assessment Tool (compatible with the Multi-Coloured Manual) for MIKE 21, MIKE FLOOD and MIKE URBAN results files (i.e. dfs2 and dfsu). We hope to have more information on this tool very soon. 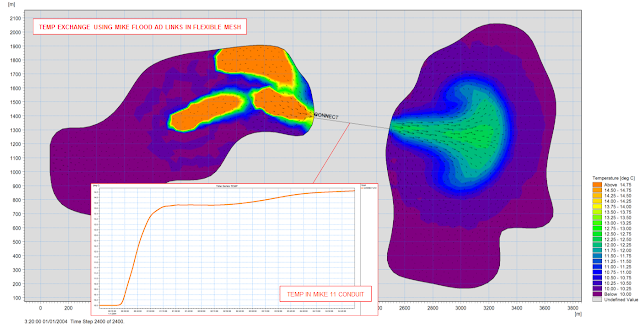 Approximately once a year, we release a new version of our MIKE by DHI software - and this year is no exception. We would like to reveal herewith a preview of some of the new and exciting features to be released later this year. We hope these new features will improve your experience with our software products, regarding usability, productivity as well as enhanced applications.

If you are using MIKE 21 FM HD or Flexible Mesh solver with MIKE FLOOD, you are getting a pleasant surprise with Release 2014! With the new release, your update package will automatically include a brand new version of the MIKE 21 FM HD module. The new version, MIKE 21 GPU (Graphical Processor Units), is “GPU-card enabled”. This means that it is able to use the graphics card on your PC to speed up simulations significantly. Speed up you models
Depending on the model setup and the type of GPU, the speed-up can be a factor 100 or more compared to running the same simulation on a single processor CPU.

For some model setups and GPUs, this also means that MIKE 21 FM is now faster than MIKE 21 “Classic” - the single grid version of MIKE 21 HD - when using exactly the same rectangular mesh.

The technology behind MIKE 21 GPU: How does it work?
The computational engine of MIKE 21 FM HD has been reprogrammed to make use of the latest graphical processor units - hardware that is otherwise typically used for speeding up computer games.

How will I get MIKE 21 GPU?
MIKE 21 GPU will become available, at no extra cost, to all owners of corporate licences of MIKE 21 or MIKE FLOOD with valid SMA. This means that there will be no licence fee and no increase in SMA costs. If you do not have a valid SMA or if you own a personal licence, you will be able to purchase it as an upgrade to your existing software.

Where can I read more about MIKE 21 GPU?
We have produced a detailed performance report, including comparisons of the performance of MIKE 21 GPU with the non-GPU enabled MIKE 21 FM HD. Click here to read the report.

For more information about MIKE 21 GPU, check out future issues of this new newsletter or contact our software support team.

Version 2012 of MIKE by DHI included a completely re-engineered version of MIKE Animator, designed to be a very flexible tool for producing high quality video animations of modelling results. The most prominent new features in version 2012 were the support of MIKE 3 files (including the ability to slice and take out transects and iso-surfaces) and also improved picture draping functionality.

We have continued the development of MIKE Animator Plus and version 2014 will contain three new and interesting possibilities:

Visualisation of solids: Enhancing realism and recognition of locations
The inclusion of solids can improve the animations significantly through enhancing realism and recognition of locations, for example by including fixed elements like buildings or dams or moving elements like ships. Version 2014 will support the placement of solids inside the model domain. These elements have to be created in 3DS format and then loaded into MIKE Animator Plus. Moreover, they can move inside the animation, which means that a ship can be sailing as part of the animation.

Visualisation of particles: Enhancing result communication
Output files with particle trajectories from the Particle Tracking (PT) modules (MIKE 21 PT and MIKE 3 PT) and from the Agent Based Modelling (ABM) modules (ABM for MIKE 21 and MIKE 3) will now be supported in MIKE Animator Plus. This will enhance the possibilities for result communication from these modules significantly. Click here to view an example.

MIKE HYDRO Basin was initially introduced with the current release 2012 containing a large number of features relevant for integrated river basin management applications. Developments continue for MIKE HYDRO Basin and one of the new exiting features being introduced in release 2014 is the option of applying water quality simulations within your river basin management applications.

10:10 | Posted by Steve | | | Edit Post
It's been more than a little quiet on the blog of late - sincere apologies for this - but you can expect a flurry of activity very soon! 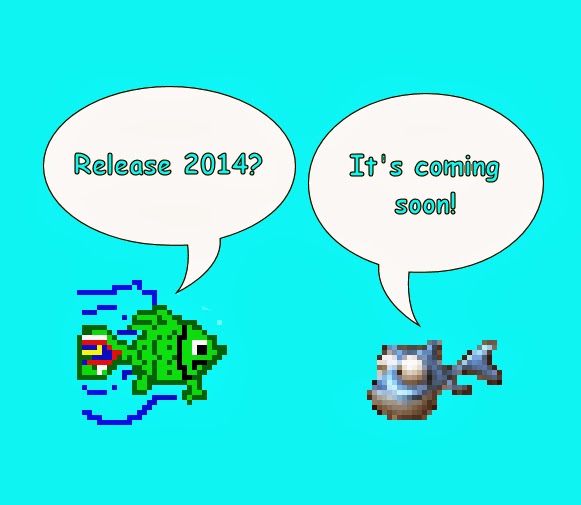