The 2011 version of MIKE by DHI software is now officially released! Release 2011 is continuing our efforts toward greater usability, flexibility and seamless integration.Yet again many new important features have been added and likewise significant performance improvements have been made, which will further help our users and inevitably push the boundaries of modelling even further. Release 2011 will undoubtedly help the MIKE by DHI users win and complete even more projects successfully.

The 12th MIKE by DHI UK User Group Meeting at the Lion Quays Conference Centre
Tuesday 8th and Wednesday 9th March 2011
DRAFT AGENDA – UGM Tuesday 8th March
In addition to the user presentations, we will be detailing the new features and technologies available to you in MIKE by DHI Release 2011, as well as outlining our future plans for the software portfolio.

We will divide into two 'Tracks' for the different Product Area 'Technical' Sessions and re-join for a 3rd 'Common Interest' Track on Environmental Issues. 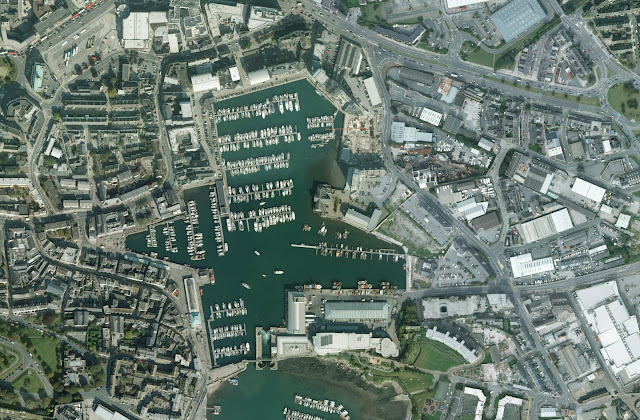 The Sutton Harbour area of Plymouth is defended against tidal flooding primarily by a system of lock gates at the entrance to the inner harbour. It is understood that the defended level afforded by the lock gates is 4.03m A.O.D (although a number of openings in the parapet wall of the southern harbour wall may slightly compromise the level of defence). This example investigates the suitability of the existing defences to accommodate a 1 in 200-year tidal event plus an allowance for climate change.

Additional notes: It is assumed that all surface water outfalls into the inner harbour have been bypassed; hence, flooding from urban drainage has been ignored. No assessment of wave height has been included within this example. The aerial photograph above was obtained from the Channel Coastal Observatory Data Catalogue (see below). 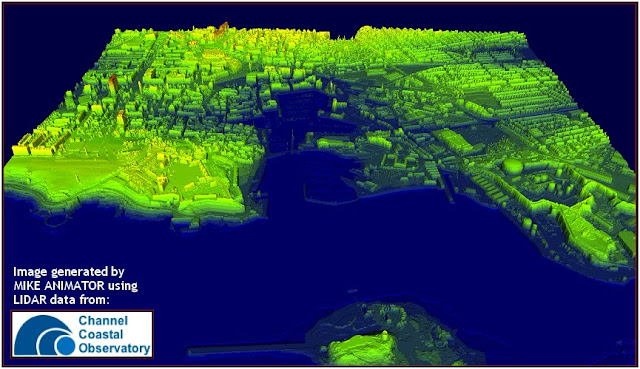 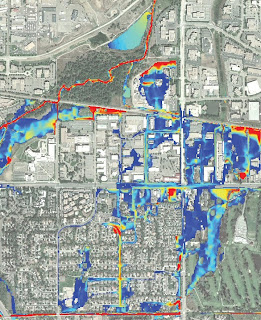 Release 2011 of MIKE URBAN is another significant milestone. Important new features have been added that further support the work flow, increase your productivity and set new standards for what can be done in urban water modelling.

Release 2011 is another need-to-have release for water distribution modellers. A range of new features to enhance the usability have been implemented such as:

1 Pressure dependent demands
Traditionally, water demands are defined prior to the simulation and thus independent of the actual pressure. With Release 2011, the Wagner equation can be used to adjust the node demands based on the available pressure. This makes it possible to simulate system shutdown, maintenance and intermittent water supply systems.

2 Reliability analysis
The Reliability Analysis Tool allows you to analyse hydraulic and water quality results of any steady state or extended period analysis and to investigate the reliability in terms of exceeded maximum and/or minimum values of pressures, flows, water quality, or any other result item.

The simplification tool has been enhanced to include:
Tools for Building and Maintaining Models

1 Database comparison and redoing modifications
This tool will report on differences between two MIKE URBAN databases. Records that are different will be reported as changed, deleted or added. For records which have changed, the attributes that are different will be highlighted. The differences can be saved to a file, which can be used to automatically redo the changes at a later stage, eg when redoing modifications after import.

3 Comparing results between models
With this tool you can compare two sets of model results at selected locations in batch mode.

Boundary conditions are displayed in the map view including: discharge and water level boundaries in MOUSE and SWMM models, rainfall, temperature, evapotranspiration in catchments, as well as water demands in WD models.

Amongst the new generic features in 2011 in particular the climate change tool adds value for MIKE URBAN users. This tool provides climate model output (approved by IPCC) and applies these to make climate change assessment through automated modification of boundary conditions.
.

The 2011 DHI UK User Group Meeting will be held over the 8th and 9th March 2011 at the Lion Quays Waterside Resort, Oswestry...


The full agenda for the User Group Meeting, on the Tuesday, is currently being finalised (please see http://www.mikebydhi.com/Events/UKUGM12.aspx for up to date details). Confirmed user presentations / papers currently include: -
Also planned are user presentations covering Estuarine Modelling, Fluvial Geomorphology and Ecology, Flood Defence Techniques, and Hazard Mapping. The programme is almost full but, if you would like to present a paper, please contact us without delay.

In addition to the above user presentations, Jørgen Bo Nielsen (Managing Director of DHI Software Products) will deliver a keynote speech entitled 'DHI - Product Evolution & Innovation'. We will also be detailing the new features and technologies available to you within the forthcoming MIKE by DHI Release 2011, as well as outlining future plans for our software.

It is envisaged that, on the Wednesday, the training sessions will cover: -
There is still time to include other topics if required! Please let us know if you have any requests and we will endeavour to accommodate them.

A ‘drop by’ room is planned which would include a short MIKE FLOOD modelling introduction seminar, together with demonstrations of other new technologies. We are also planning to arrange 'meetings' for those delegates arriving on Monday afternoon (7th March), more on this to follow.

For further details and to book your place online please click below: -


Register Now
You MUST confirm & pay for your overnight room requirements direct with the Lion Quays. Please book you hotel requirements before 14th February to guarantee your room. This year we have an 'economy option' of a room at a nearby hotel, but with breakfast and lunch at the Lion Quays.