This dam break test has been adapted from an original benchmark test case available from the IMPACT project (IMPACT, 2004; Soares-Frazao and Zech, 2002), for which measurements from a physical laboratory model at the Civil Engineering Laboratory of the Université Catholique de Louvain (UCL) are available. The test involves a simple topography, a dam with a 1.0m wide opening, and an idealised representation of a single building downstream of the dam. [2] The numerical solution of the shallow water equations (2D cases) uses an approximate Riemann solver (Roe’s scheme; Roe, 1981) to calculate the convective fluxes at the interface of the triangular and/or quadrangular cells/elements. Average gradients are estimated using the approach by Jawahar and Kamath, 2000. Numerical oscillations are avoided using a second order TVD slope limiter (Van Leer limiter; Hirch, 1990 and Darwish, 2003).

Boundary conditions: Flow is contained by vertical walls at all boundaries of the model domain (only a section of the full model is presented above).


Animation of velocities in first 30-seconds of simulation (m/s) 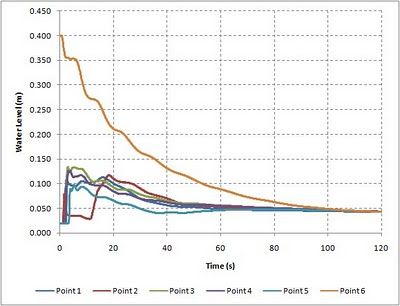 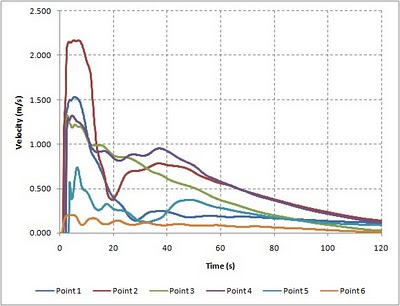 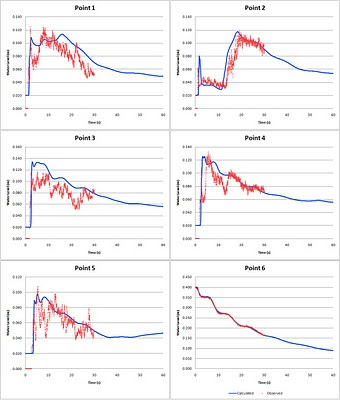